Supporters in the United States may make a donation to the BADA Scholarship Fund via the American Friends of BADA. Click the logo below to make your donation: 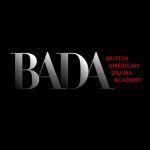 The American Friends of BADA works to actively promote the value of performance, classical theatre education, and cross-cultural exchange and collaboration, in general and specifically between the United States and the United Kingdom.

The American Friends of BADA also supports the work of the British American Drama Academy and its commitment to a diverse student body. AFBADA supports BADA’s mission of training talented actors regardless of their background or financial situation by raising awareness of BADA’s programs and raising funds for scholarships to those programs.

Your support ensures that BADA remains a leader in diversity for theatre training institutions.