PERFORMING AT THE ASHMOLEAN MUSEUM AND PEMBROKE COLLEGE

PERFORMING AT THE ASHMOLEAN MUSEUM AND PEMBROKE COLLEGE

As part of the MIO program, faculty member Paul O’Mahony took his Modern and Shakespeare classes out around Oxford to present the scenes they had been working on. Paul writes about the performances that took place at the Ashmolean Theatre and Pembroke College.

The Churchill group visited the Ashmolean – Britain’s first public museum – to perform extracts from Antigone in their beautiful Atrium and their famous Cast Gallery. The group captivated visitors at the museum who travelled with them to catch more performances. Jude Barrett from the Ashmolean said it was a ‘brilliant idea’ which was loved by the audience. It was an amazing opportunity for us to discover more about the scenes in front of an audience, and to be inspired by Greek culture. We even found a statue of Sophocles so that we could thank the writer! 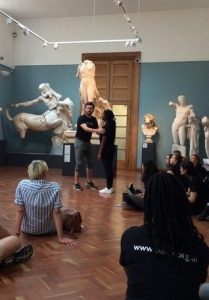 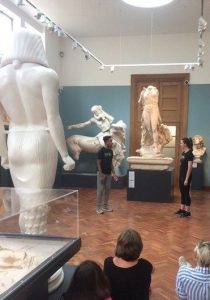 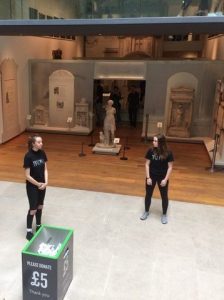 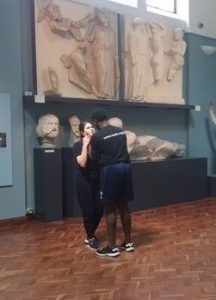 Kwei-Armah group were invited to perform in the quad at Pembroke College, delivering speeches from Shakespeare’s histories. Dr Peter Claus, the Access Fellow at Pembroke College said: I wanted to formally thank you for helping to make our recent ‘Access Week’ such a success. As you know, we had perhaps 115 sixth formers in attendance, current undergraduates, and a handful of postgraduates and Fellows. They come from very diverse backgrounds from as far afield as London, the North West and North East of England. None, I am sure, would have experienced the virtuoso performance given to them by your energetic, lively and hugely talented troupe. Their faces were a sight to behold…you and the team made our week and I thank you for it. 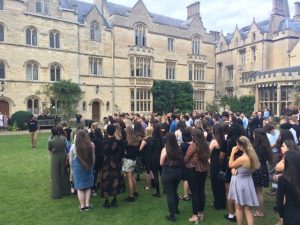 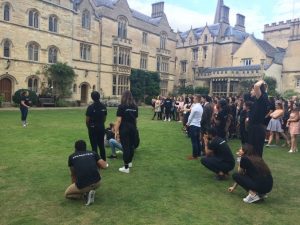 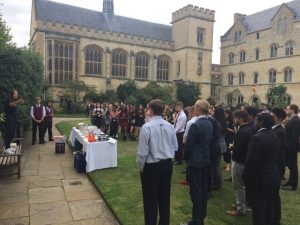 There was an ecstatic reaction from the audience – students and dons alike – which left our BADA troupe in no doubt of the effect they’d had. It was an incredible experience which was massively enjoyed by all.