Christopher Cook in conversation with alum and author Gerit Quealy. 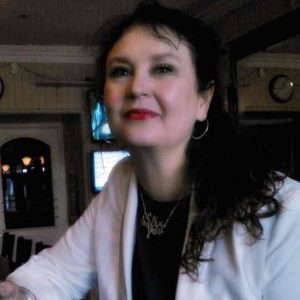 scholar as well as a performer. Her book Botantical Shakespeare: An Illustrated Compendium of all the Flowers, Fruits, Herbs, Trees Seeds and Grasses cited by the World’s Greatest Playwright (Harper Collins) is just that: a survey of the one hundred and seventy plants that we meet in Shakespeare’s work, and each one is given a handsome ‘face’ by the artist Sumie Hasegawa Collins.

“So we grew together,
Like to a double cherry, seeming parted,
But yet an union in partition,
Two lovely berries moulded on one stem.”
A Midsummer Night’s Dream

But what happened if the images didn’t exactly match the text? Back to the drawing board says Quealy “For instance, Sumie’s cherries were beautiful, the branches, the flowers … but Shakespeare primarily talked about the cherry red and the colour of … cherry lips and Thisbe says ‘a cherry nose’ in Midsummer Night’s Dream Then Helena and Hermia have that lovely thing that their friendship [being] like two cherries on a single stem.  So I said I have to have two cherries on a single stem.” 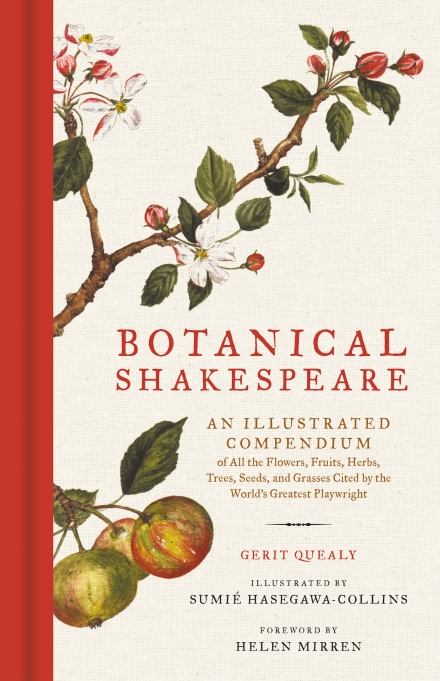 t’s vital to pay proper attention to Shakespeare’s language Gerit Quealy says. “This is actually where BADA comes in  …Fiona Shaw,… was one of my teachers on MIO and she was once saying something to my roommate about ‘my father’s a King, my father’s a King’ and how important that was.  It wasn’t just like my father was anything, he’s theking.  This got me thinking about the importance of each word …unfortunately… many actors don’t look up individual words because there’s this assumption that we know them already.  Particularly words that we still use in everyday life.”

The hapless Medlar, we learn from Quealy’s researches, was the rude fruit of the sixteenth century. The French called it cul de chien. In England, joking about the ‘open arse’ fruit was well-known, which makes Mercutio’s remarks about Romeo in the Capulet’s Orchard startlingly suggestive.” 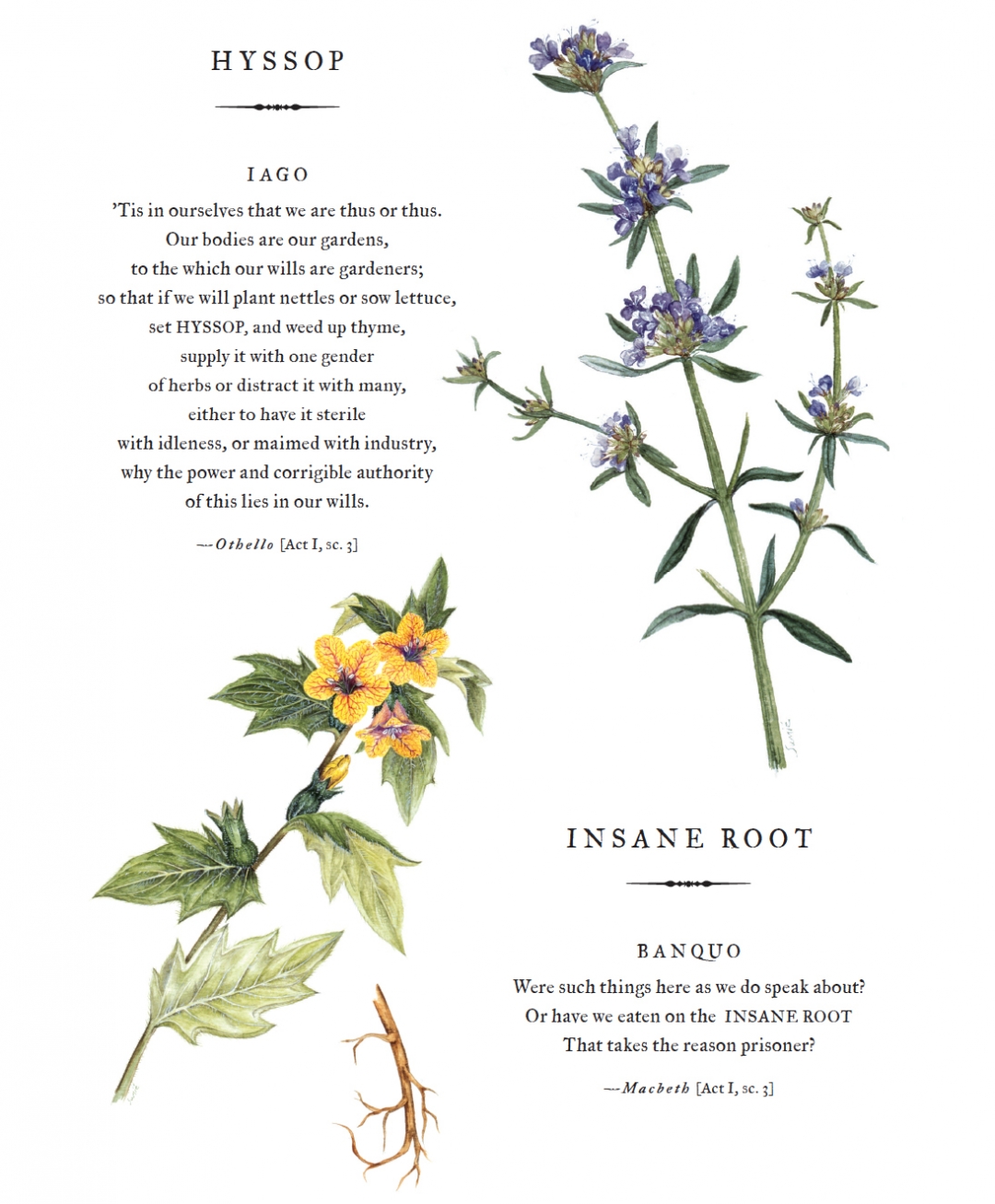 “If love be blind, love cannot hit the mark.
Now will he sit under a medlar tree
And wish his mistress were that kind of fruit
As maids call medlars when they laugh alone”
Romeo and Juliet

“I had a friend of mine working with me on the book initially”, Gerit Quealy tells me, “ and I talked to her about the ‘medlar’ and she said ‘oh I just thought it was a meddling person.’ And I said ‘well yes and he uses that pun in several of the mentions but it’s also this very specific fruit that’s very specific to the line and if you don’t know what it looks like you’re not going to understand what you’re talking about.”

“One of the fascinating things in the book is where he uses different plants and which characters speak about them; I think there’s 47 of them that are only mentioned one time and then there’s ones that have a lot of mentions, show up in a lot of different plays or cluster all in one play.” Roses for example. And always they are earthy, earthbound and everyday images as if Shakespeare has been peering into his neighbour’s garden .

“No more be grieved at that which thou hast done:
Roses have thorns, and silver fountains mud;
Clouds and eclipses stain both moon and sun,
And loathsome canker lives in sweetest bud.”
Sonnet 35

“I noticed overall a kind of impetus to think about England as this garden. Certainly John of Gaunt mentions it [Richard II] and Perdita [The Winter’s Tale] too talks a lot about it. I think, there’s a very interesting point of view being asserted by Shakespeare about growth and growing things.” Moral and spiritual growth as well as natural growth perhaps, one of the great Shakespearean themes.

How Helen Mirren was coaxed into writing a foreword to Botanical Shakespeare, is another story! But she’s clearly a fan. “One of the things, that I learnt from Mirren’s Foreword … is that Shakespeare shouldn’t be taught from an academic point of view in schools, especially to young kids and that’s why BADA’s so great. You find your own way to the plays and the meanings”

“There’s rosemary, that’s for remembrance; pray,
love, remember: and there is pansies, that’s for thoughts.”
Hamlet

And what did Gerit Quealy learn from working on this compilation? “I felt quite intimately connected to Shakespeare … also I started actually planting things which is odd for me, I’m not that much of an outdoor girl but I have become one and my friend who’s an astrologer jokes with me that ‘you don’t have any earth in your chart so this is like forcing you to be more earthy’. So getting my hands dirty has taught me to look … and see Shakespeare all around me.“