Alum Jack Smart (SHX ’10), the Awards Editor for Backstage and the host of Backstage‘s In The Envelope: An Awards Podcast, recently interviewed alum Paul Rudd (MIO ’93) about his long and varied career. In addition to talking about the technical aspects of acting opposite himself in the recent Netflix series Living With Yourself, Paul and Jack discuss Paul’s theatrical work, the value of training, and his time at Balliol College on Midsummer in Oxford!

Highlights of the interview include:

“I loved it. I loved being in Oxford…. and being there working on [classical text and Jacobean drama] was incredible!” 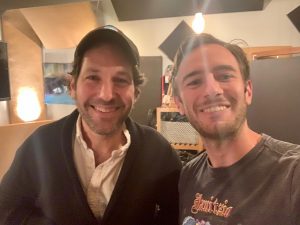 Find the full interview with Paul Rudd at Backstage or on your podcast player of choice.